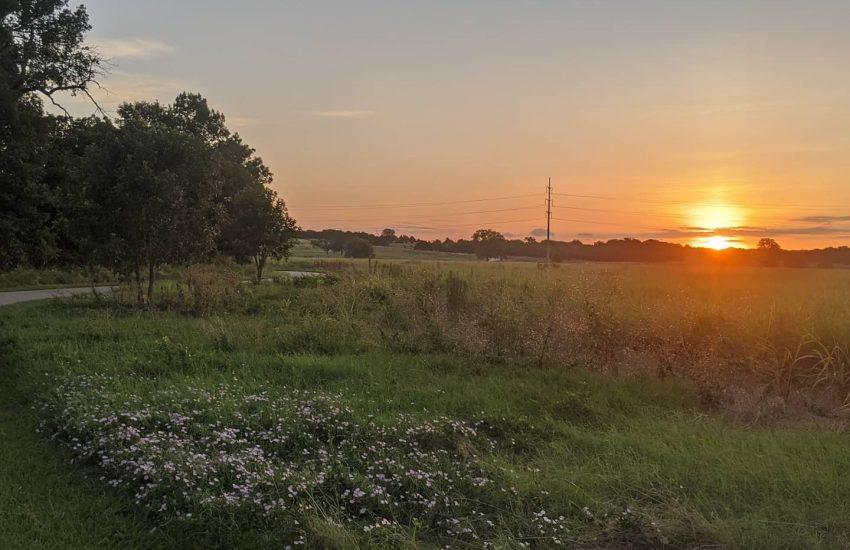 In late spring of this year we moved to Texas. Lucky me, this was also in the midst of my ultra training, so there was dipping my toes into this whole “running in heat and humidity” thing. I’ve ran in humid places before; Santa Monica is very humid, however, the hottest it gets is in the 80’s. I have also ran in Hawaii, but I would run very early (because of the time difference it was easy to be up at 4am) plus the runs weren’t too long.

Ultra training in summer in Texas was a whole new ball game. (And yes, I know people in places like Florida say that Texas humidity is nothing, but for someone coming from the dry state of Utah-it was humid!) We also weren’t at all prepared for the temperatures. So many days that were 100 degrees and higher! My clothes, and entire body, would be drenched by the time I was done running. Even for runs that were like 6 miles. Most people use their arm to wipe sweat off their forhead, but when I did that it accomplished nothing because my arms themselves were dripping with sweat!

Thankfully the humidity has started to calm down here. Hopefully this post isn’t too late for others, but here are some tips I have learned to make running in heat and humidity a bit more bearable. Plus, some very useful products that were a lifesaver for me!

Start early! I would be starting my run by 4:30am most days. It would still be in the 80’s, but at least the sun wasn’t out. Of course, this can be a bit dangerous since you’re running in the dark. I would literally carry mace in my hand (not just “carry it” as in having it somewhere on me, it was in my hand until the sun started coming up). It is also recommended to have a headlight and/or a reflective vest.

Hydrate the day before. When you are sweating that much, you need to not only hydrate as you run, but start hydrating the day before! In the midst of heavy training, you of course should be chugging electrolytes almost constantly as you go about your daily buisness.

Carbo load leading up to long runs and speed runs. Fueling on nutrient dense carbs not only helps you build up glycogen which is stored for energy, it also helps muscles recover. Make sure you are getting enough protein because that is also important in muscle recovery!

Bring money in case you need to stop and buy more hydration! I would drink so much hydration, that during a 23 mile run, I had ran out shortly before finishing. I had even longer runs in the future and figured I would just need to ration it out better. Then I was thinking about how I pass by multiple gas station on my run, I could stop in at some point and buy a gatorade and refill my pack! I started doing this for those longer runs and it worked great.

Although there was one day in particular I didn’t have a dry spot on me and I couldn’t open the lid because my hands were just so wet. Kind of like when you have been washing dishes and your skins gets all weird. As I tried to open it, it even scraped some skin, because it was just so moist and easily torn. I tried using my shirt, but that was soaked and was no good. I did eventually get it, but it took quite a while. After that, I would go in the gas station bathroom and use a paper towel to help me open it.

Plan a route that will have the sun on your back. I personally do out and back runs. Meaning I run in one direction, then when I hit the halfway mile marker, I turn around and go back that same way. I would start my run going east when it was dark and the sun was just barely coming up. By the time the sun was higher and hotter, it would be at my back as I ran west.

Eat salty foods. Similar to carbo loading and hydrating, put extra salt on your meals! Sweat is of course made up of sodium, so make sure you have a lot of sodium in your body before the runs!

Gatorade Endurance Powder this is what I would use in my hydration pack. It has more sodium and potassium than regular gatorade, while also being cheaper than other electrolytes. I first started using this in 2019, when preparing for the San Diego Rock’n’Roll Marathon because that is what they use at their aid stations.

Cooling Sweatband I wore this for the 50k and it did help some. When stopping at water fountains I would get it wet and it helped keep me more cool than a regular sweatband would.

Gummy Vitamins It’s good to keep up on your daily vitamins! These ones are great because they are yummy gummies!

Beet Energy Powder I would use this in my protein shake I drink to help give me a natural energy boost.

Brooks Running Shorts Some thing I learned early on, is my regular running shorts were no good on the long runs. They would get so wet and heavy, and almost feel like they might fall off. I decided to try these cycling type shorts (without the butt pad) and they work great! They still get soaked, but they didn’t get heavy and make me worry they would fall.

Cheaper Reebok shorts if you want cheaper shorts similar to the ones above, I also bought these I they worked great! They don’t have the cool design, or the pockets, but they get the job done.

My new favorite sports bra I bought this a few moths back and it is the best! I don’t love that white is the only option (as of right now), but nonetheless it is a great bra. The straps don’t dig into your shoulders like most other bras do. It supports you, while feeling comfy.

Nuun is my favorite hydration. I don’t usually drink it on runs, but I put it in the water I drink during the day.

My favorite running gels or these cheaper running gels are a must for long distance fueling. My favorite gels are by far the best because they have all natural ingredients and have never had stomach issues. They are expensive though. I was trying to cut back on my spending and decided to try this other cheaper brand I have heard good things on, and they were fine but I just didn’t like them as much. After finishing the cheaper ones, I went back to My Spring Energy, I think they are worth the extra cost.

Regular sweatband I wear these during my normal runs and they work well. It doesn’t stop all sweat of course, but it seems like it makes a bit of a difference.

Flip Belt are what I wear for most of my runs. It stays in place, and you can fit a surprising amount of things in it. I have been using them since 2017 and haven’t looked back!

Flip Belt water bottle In hotter temps I like to bring this little water bottle with me when I have a run that doesn’t have a water fountain along the way. I works great, and there is no bouncing.

Hydration belt I don’t want to wear a hydration vest for runs around 10 miles, but I also wanted more water than I could fit in my Flip Belt. I bought this one rather than the more expensive brands and it has worked well. There is some bouncing, but I get used to it after a few minutes. I do wish the pocket was bigger as well, but it fits the basics (phone, keys and other smaller items, plus a holder for mace).

Osprey Hydration Vest Or as I call it, Old Faithful! I started using it in 2018 after having tried a few other options (which I talk about in my post about best hydration packs for runners), and I absolutely love it! So many pockets, no chafing, holds a good amount of water without being heavy, and no annoying bouncing! I have had the same one for just over two years now and it is still in perfect condition!

Mushroom latte mix This is kind of a random one, and this is about to get a bit TMI. But as any runner knows, it is ideal to have a poop before you head out on your run. I try to avoid coffee, and at one point would drink Mudwatr, but it got too expensive so I switched to this brand instead. This is the chai latte mix, and is my personal favorite, but they have other options as well. It is a yummy, healthy drink, and it’ll help get your bowels moving in the morning.

Milk steamer/frother and this just makes my morning drink even better! Plus I feel so fancy when I make someone else a hot beverage, and serve it with the frothed milk. I tried a few different ones, before getting this one and it is the best! Highly recommend!

This one may not be totally related, but I also love having something to listen to while running. When running in the dark I don’t have anything playing, because I want to be alert to my surroundings. Once the sun is up though, I have been into podcasts! Better Than Happy is a great one, along with a new podcast of where I compare books with their movie adaptations! It’s called Why the Book Wins, feel free to give it a listen 🙂

I hope this helps anyone out there who is dealing with the slog of running in heat and humidity! If you have any other tips or products, comment down below!