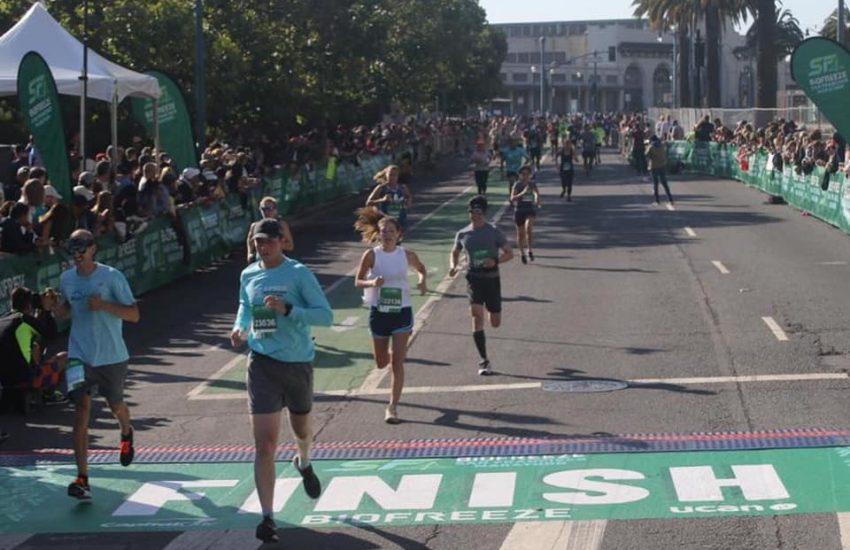 For this years SF marathon, the original plan was to run the full marathon with my older brother, while my other two brothers ran the second half. The brother doing the full had some things come up and wasn’t able to properly train for a full, and so we dropped it down to the half as well.

Then, both that brother and I ended up not being able to be in SF at all. One of the reasons was because my IT Band pain was still preventing me from running much. It was incredibly disappointing not being there. However my other two brothers still did the half. For both of them, it was their first half marathon!

I ran the full last year, which was my first full ever. You can read my SF marathon race recap here! We also lived in the bay area for a bit (I used to live in Berkeley) and here’s a list of the best restaurants in San Francisco!

SF is unique because they offer the full marathon and two different half marathons. You can either run the first half of the full, or the second half. They also have an ultra, where you run the marathon course twice! My brothers ran the 2nd half of the marathon.

We decided to do a Q&A, rather than the traditional race recap. Enjoy!

Hope you guys enjoyed this recap Q&A! Congrats to my brothers and all other finishers of the SF marathon! My mom, sister, and future sister in law did the SF 5k and they loved it!

For race finishers, don’t forget to check out my post of how to speed up recovery post marathon! For anyone who is preparing for their first race, here are some other helpful posts! What to eat during a marathon, and running tips for beginners, and best running gear!