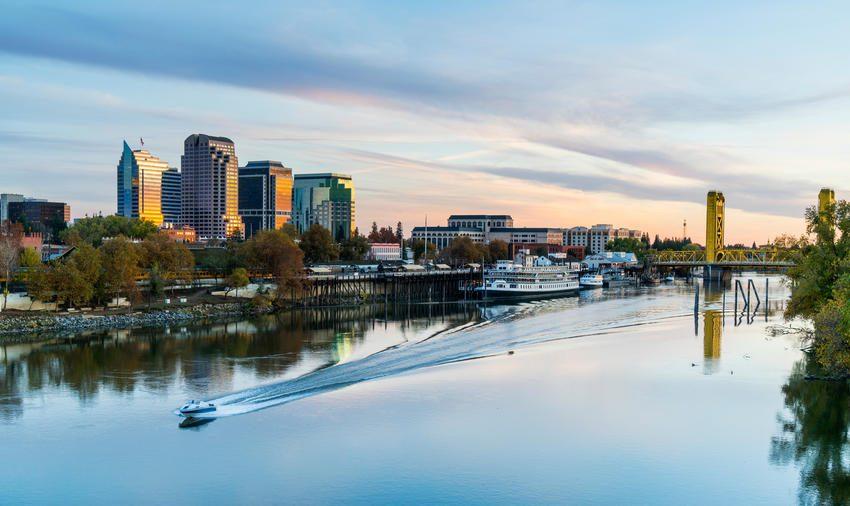 When we lived in Sacramento we were right across the street from the UC Davis Children’s hospitals. I would do some runs through part of the campus, then end up on Broadway and continue running along there. This was definitely not a favorite route-but one I did at least once a week. For medium to long runs, I would run along the American River Bike trail (also called Jedediah Smith Memorial Trail) which was about a two mile run for our house. The trail isn’t the most scenic (it’s pretty, but after being in SF it seemed lackluster) however, I LOVE this trail because it is 30 MILES LONG and has water fountains and bathrooms (though water fountains and few and far between so I brought a hydration pack). I love not having to stop for traffic lights, not panicking about whether or not there would be a bathroom, no car noise or exhaust and it was nice being around other runners and bikers. On the weekend the trial is pretty busy, during the weekday though there’s hardly anyone and you should definitely bring mace or something. There’s homeless people and other potentially shady folk.

When we first got to Sac the very end of September it was still getting hot during the day, and the morning were definitely warm. But I like getting really sweating while running so I didn’t mind being back in hotter weather. When I was younger I lived in Sacramento, so I know that summers can get very hot. The American River Trail has some heavily shaded areas though so I’m sure that helps.