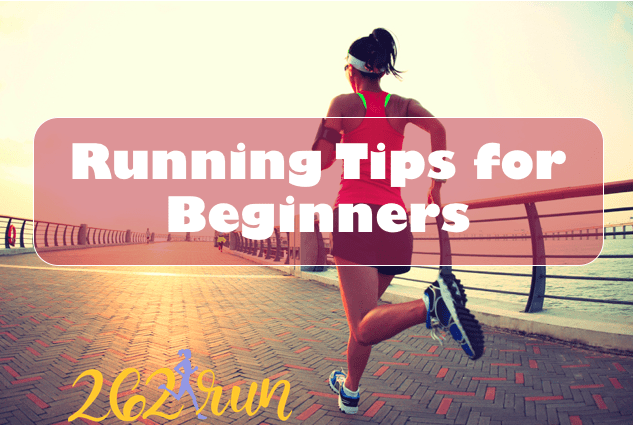 Starting out as a new runner can be sort of daunting. Which is funny, because running is one of the most basic forms of exercise. If you live somewhere where there’s serious looking runners always running about, it can be intimidating though. But once you start putting in the work, you will see that those first awkward runs were worth it!

In high school I had a brief stint on the track team. On one of my first training runs, a more seasoned track member told me I had a funny way of running. Needless to say, my confidence was shot after that. Not long after I just quick track entirely.

Then in January of 2013 I gave running another chance. And I’m so glad I did! Here are some of the things I did when I was first starting out.

When you first begin running it’s important to have incentives for yourself. That’s the best way to get yourself motivated to run. Great daily incentives could be having music, an audiobook or podcast you look forward to listening to on the run. Or maybe a protein shake you reserve only for post run. Healthy ‘carrots’ to hold in front of you, to help you get out the door and get running!

It doesn’t have to be something for every day though. Signing up for a race is one incentive that is a great way to stay on track. Races aren’t all that cheap, and most don’t do refunds. So when you’ve spent your hard earned money on registration, you’ll be motivated to show up when race day comes and be prepared.

I also would like to have something to look forward to at the end of the week. On a Saturday I would order a favorite smoothie, or go buy a new running top or shorts as a reward.

You want to try and stay away from rewarding yourself with junk food, because then you’re just undoing all your hard work! When it comes to sweets (I have a major sweet tooth) I decide whether or not it’s worth it. If it’s gas station donuts then no way I’m going to give in. But if I’m at my nieces birthday party and my sister made a delish homemade cake-then it’s worth having a slice (just don’t take any leftovers home with you haha).

One thing to keep in mind when running this new high mileage, is you may not actually need to eat as much as you think you do. Yes, obviously with increased mileage you will become hungrier. However, be mindful of whether you are actually that hungry, or if you are eating a lot simply because you think you should considering the increased running. There are people that gain weight while training for a race. It could be due to the sugary gels (which can be avoided by using natural running gels) but also because they are eating more than they actually need to. Especially if you’re looking at it as a free pass to eat whatever junk food you want. It just doesn’t work that way.

I run to maintain a certain weight, but even more than that I run to be healthy. When your goal is to have a healthy body you will more often then not, nourish it with natural, whole foods.

When I began running I would run for 30 minutes on flat ground. I feel like this is a good first stage for most people. If you have to walk some of the time, then that’s totally fine. In the beginning you need to set small, realistic goals. If you set a goal that’s a bit too high-like if you haven’t really been running at all, and then you make it a goal to run for an hour, or run on really hilly terrain, chances are you will talk yourself out of it. Or if you do go through with it, will get easily burned out or injured. Set realistic goals, and once you have a solid foundation, start building.

For example, n 2017 I was running 3 miles. I very slowly started adding ten minutes to one run a week. Then a couple weeks later I would add ten more minutes. Notice I was only adding time to one of my runs a week, not increasing the distance to every run of the week.

If you look online at any training plan it has you do the same. Increasing mileage slowly but surely, never overwhelming the body by increasing mileage by too much. The standard is to increase your mileage by 10%, and every third week or so, have a step down week, where you do less mileage, in preparation for the next few weeks of increased mileage. Here’s an example from the Hal Higdon Marathon Training.

When training for a distance race, it’s that same concept. No one goes from running 3 miles every day, to then running a marathon (and if there are people who do that-they are dumb and most definitely end up in so much more pain, if not injured). You build step by step.

If you don’t have a running mantra in mind before starting a long run or race, I guarantee you will end up coming up with one by the time you’re finished. Positive mantras are so important to keep you going.

Along with mantas, I like to imagine I’m running with someone I love. When I’m struggling, I imagine myself talking to them, helping them along. Giving them positive reinforcement, like, “you got this!” “come on just one more mile!” By imagining I’m encouraging someone else, I am able to get through a rough patch myself.

If it’s really hot, not only should you be hydrating, but it also helps to pour water on your head and splash some on your face. One 20 mile run in Santa Monica got ridiculously hot. I started the run before 6am to beat the heat-but the heat got turned up early that day! The biggest mistake I made was not drinking electrolytes. I had coconut water for the first few miles, but after than ran out I just got plain water from the fountains.

I learned my lesson that’s for sure. At mile 14 I felt so drained. And those last three miles especially were at a slow jog, with walking breaks throughout. Time like that I tell myself I don’t have to be fast, I just have to keep moving.

Speaking of hot weather, this brings me to preparation. Check weather ahead of time and prepare for the days when it’s going to be rainy/sunny/crazy hot/crazy cold, whatever the case may be. Set your clothes out the night before, get whatever you will be bringing on the run ready. Set yourself up so when the alarm goes off, there’s nothing extra to do. Your clothes, food, gear, hydration is all there for you. Basically, treat a long run how you would treat a race, as far as the day before hand and morning of preparation go.

Keeping track of your runs and how they go is not only really useful, but it’s also a great way to stay on track. I do my own workouts, and I put them all in a Word calendar. After the run, I enter in my time. It feels so rewarding to be on top of it, everyday entering how your run went that day. I also track what strength training I did that day. I noticed that when I go into the gym without a plan, I just kind of wander and don’t get as much out of my gym time. But when I prepare ahead of time and have decided that today I am working out arms (for example), I am much more focused and productive.

That also applies to running routes. When I have runs where I feel like I’m just wandering, I don’t get as much out of my run. I like to plan ahead of time where I will be running the following day. Of course I have runs where I just go down a certain road and see where it takes me, but that’s different than feeling like you don’t know where you’re going. Especially if you’re doing a long run, or a fast paced run, no need to exert more mental strength trying to figure out where you’re going.

Switch up the pace

That brings me to the different runs you should do. Not every run should be the same pace. When building a base, it’s fine to keep it consistent. But once you start adding extra time to your weekend run, it’s good to also start mixing up speed. Having one day where you run faster than your usual comfy pace. If you’ve been running at a 9:30 pace, maybe try bringing it down to a 9:15 pace. Not only should you add faster days, also add slower days. If you’re running a 9:30 pace most days, and feel totally drained after, then add multiple days where you run a 10 minute or even 10:30 pace.

The pace variety will help work different muscles, and the slower runs will help your muscles recover from the hard run. Your long runs should always be ran easy. Running farther than you’re used to is taxing enough on the body, don’t need to make it worse by running far and fast. Save that for race day!

When running any distance, it really is about taking it one step at a time. For me, the hardest part of a long run is the first couple miles. I think about how many miles I’m running that day, and it can seem daunting. Plus my body is just warming up. Once I’m in the flow, the miles start to add up and before you know it I’m done! It’s crazy how three hours can fly by when you’re running!

Long runs are actually my favorite. I love running a distance that a lot of people find crazy! And there’s no pressure for running a fast pace. I just run and enjoy it!

If you are training for a race, you should try to make your long run route similar to the race. For example, if you are signed up for a hilly race, run hills during the week, but also definitely get them in on your long run. That way you’ll know what it feels like to run uphill on tired legs. Same applies to a run that is mostly downhill. The long run is also when you want to practice your race day fuel plan.

I hope this helps any beginners out there! First getting started can be tough, but it is worth it! For extra motivation, check out this list of all the ways running is good for your mind and body! Also check out this article about how to make running in the rain easier! And check out this post to read tips on how to stick to your goals!

Did you find this post helpful? Are you a beginning runner? For experienced runners, what are some tips you would suggest?