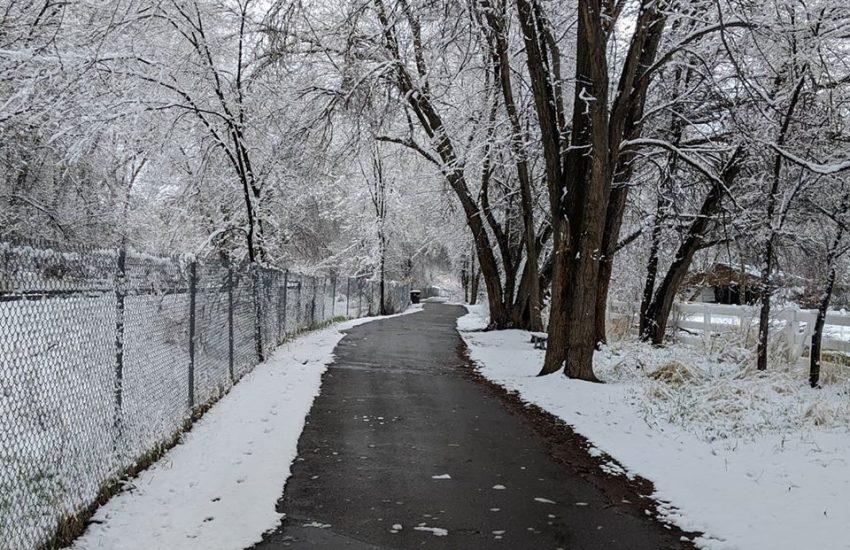 Hello! I haven’t posted in a while, but don’t worry-I’ve still been running! And thank goodness for that, the time I get outside and run helps me deal with all the craziness going on. I have always been a solo runner, so no problem staying away from other people while I do that. It snowed here earlier this week, but didn’t stick to the roads or sidewalk-it made for a beautiful run!

I do miss going to the gym though. I have some workout stuff at home, but it’s hard to be motivated to do strength training from home. I think next month I will set some type of easy goal, like 15 minutes of strength training a day to help get me going.

Since all races are canceled I have decided to focus on building weekly mileage. My goal is to run 70 miles in one week, and based on my training calendar I will hit that the last week in May. I also saw that Vacation Races is doing a virtual Home Half Marathon, I thought the medal was awesome so I signed up. Planning on running it on April 25 and will be training to break my current half marathon record. I had also signed up for the Run Disney virtual Star Wars Half, which I did, but that was more of a training run. For this Home Half I actually want to ‘race’ it.

During this quarantine/shelter in place time, it can be hard to be motivated to do anything and too easy to fall into laziness as well as depression. I’ve found that the ways I use to stick to my goals (like what I wrote in this post on how to stick to New Year’s Resolutions) has made such a difference. If you are already in the habit of doing them, then when something like this comes along it’s easier to stick to your goals. Having said that, it’s never too late to start implementing these goal keeping tips.

I hope everyone is doing well, physically, mentally and emotionally! And don’t forget-going outside is still okay! Just don’t touch anything and stay away from other people.