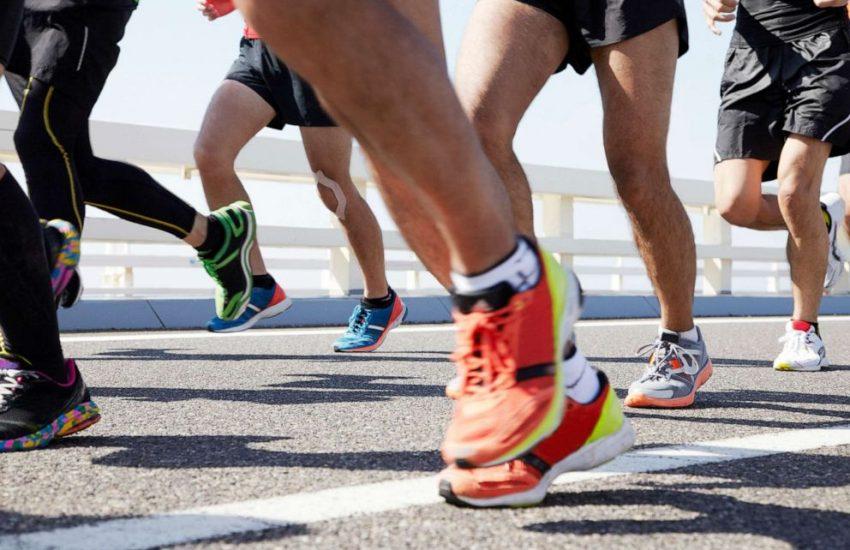 I’m hesitant to use the word ‘injury’ because I didn’t have a surgery, and I never even went to a doctor for it. The first time I was sidelined due to runners knee, I had to use crutched and went to a doctor and saw a physical therapist once a week for about a month. With this one I just let it rest, and went to a chiropractor. It prevented me from being able to run for two months though, and I’m starting back slowly to ensure I don’t reinjure the IT band. So, I think overall, it still qualifies as an injury.

It also dashed two of my 2019 races which I was, and still kind of am, very sad about. (If you want more backstory, you can read about the fateful day in my San Diego marathon recap and read about my rehabilitation in my post about why rebounders are good for runners.)

Anyway, I have now been running for three glorious weeks and I couldn’t be happier. On Saturday I ran an 8 miler and I felt great the entire time! I have felt some accessory navicular pain, but I have used the methods I talk about to prevent that from getting bad.

I felt beyond grateful to be back doing what I love. My favorite distances in training are running between 16-20 miles, but for now I’ll take what I can get 😉

A week before the two-month mark, I started running for 10 minutes on the treadmill which went well. As I stated in previous posts, less than three weeks post injury I tried running and there would be a slight pain, but nothing bad so I kept running. By the end of that week, the pain was back and was bad enough that I absolutely could not run. After that I stopped and just waited for it to heal.

After that week of running for 10 minutes, the chiropractor wanted to push myself and go for 30. That week I had one 30 minute run, and the rest 10. The week after that, I cut out the 10 minutes runs, and had my shorter runs be 20 minutes while having more 3 milers in there. As of last week, I ran an 8 miler, a 5 miler, 3 miles, and one two miler (not in that order). Each one felt amazing and during the 5 mile run I even had an 8:15 mile! I am running a half marathon in October and have a goal to finish in 1:50. I am also signed up for the Thankful Half on Thanksgiving and have a goal of running a 1:45 there.

I’m actually surprised how excited I am about running a half. In the past year, anything less than a full just didn’t seem worth it. Yet, now I am in no rush to do a full! Well, that’s not entirely true. I will be running one in the spring (the exact race is TBD), and I’m excited to get back to high mileage. But the fact that I’m not chomping at the bit to get another full in before the year is out, is a pleasant surprise!

As I said, missing out on the SF half marathon in July, and then missing out on running my first ultra (a 50k in September) was incredibly disappointing. Honestly, even thinking about it right now is making me sad. But I know that are more races to come, and I will get my chance. It’s just crazy how you can set yearly goals, and then before you know it the year is over half over and you come to terms with the fact that you won’t be reaching those goals after all. That’s why it’s best to set goals you can control, which is one of the tips I talk about in tips for how to stick to your New Year’s Resolutions.

Anyway, that’s the update for now. I haven’t been posting as much (partly because I have been focusing a lot on my art) but I am going to get back to posting at least once a week! Thanks for reading 🙂