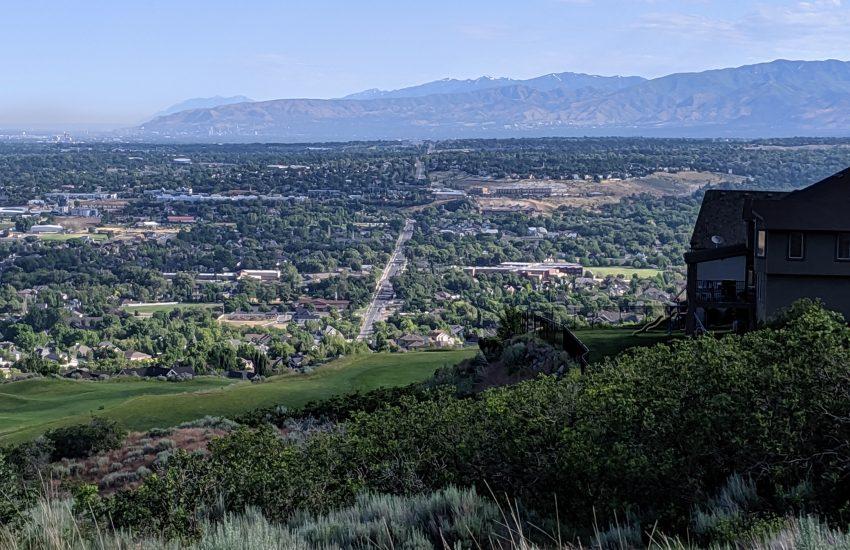 We have lived in Draper for about a month at a time on and off since 2017. I first seriously ran here in December of 2018. We came from California and on my first run I bundled up for the cold. I ended up wearing way too much though and had to find ways to tie things around me or just carry the extra items. On another day I ran before the sun was shining and it was so cold my eyes were watering like crazy and made a mess of my mascara, and my thighs also went numb! On snowy days I bought the running cleats you strap on to your shoes. I only used them once though because Utah is really good about clearing roads and sidewalks.

I basically start every run with going downhill for a mile, and end every run going a mile uphill-not ideal but you get used to it. Although sometimes I just drive down the hill so I don’t have to deal with it haha.

The Porter Rockwell Trail is at the base of the hill so I would use that often. When running southward it’s pretty hilly, nothing too steep though. When there was snow, the trail was really beautiful! When there’s no snow it’s still pretty and has cool views of the valley. When you get far enough you’re kind of running along the highway, which isn’t the most relaxing.

For long runs I use the Jordan River Parkway Trail, which isn’t a trail but a paved bike path. It’s 40 miles! So it’s long enough for any run. Plus it has bathrooms and water fountains every few miles, although most of them are closed in the colder months. You pass different areas with horses (I love horses) and there’s a lot of cats that hang out in the area. And I’ve also had multiple mule deer sightings and then of course there’s lots of ducks as well!

There’s also the Draper Canal Trail, which I have run in the southward direction. This one connects with the Porter Rockwell Trail so it goes about 6ish miles. Along this path you pass a house that has a Shetland Pony! So adorable!

I also liked to run to the Draper Park (which has a bathroom that’s even open in the winter!) and from there follow one of the sidewalks that takes you to residential areas. This route is all flat which is nice since I have the mile up hill at the end. I also would run down 1300 East for long runs which also worked well. It has some rolling hills as well as more views of the valley.

Draper is close to 5000 feet elevation, so when we’ve first arrived I have a hard time going my faster pace. On sunny days the sun feels like it really beats down on you. I’m lucky and don’t get sunburned-until I lived in Utah! I’m guessing this is because you’re closer to the sun?

If you find yourself in Draper, it’s a runner friendly area with sidewalks that last forever and beautiful views!