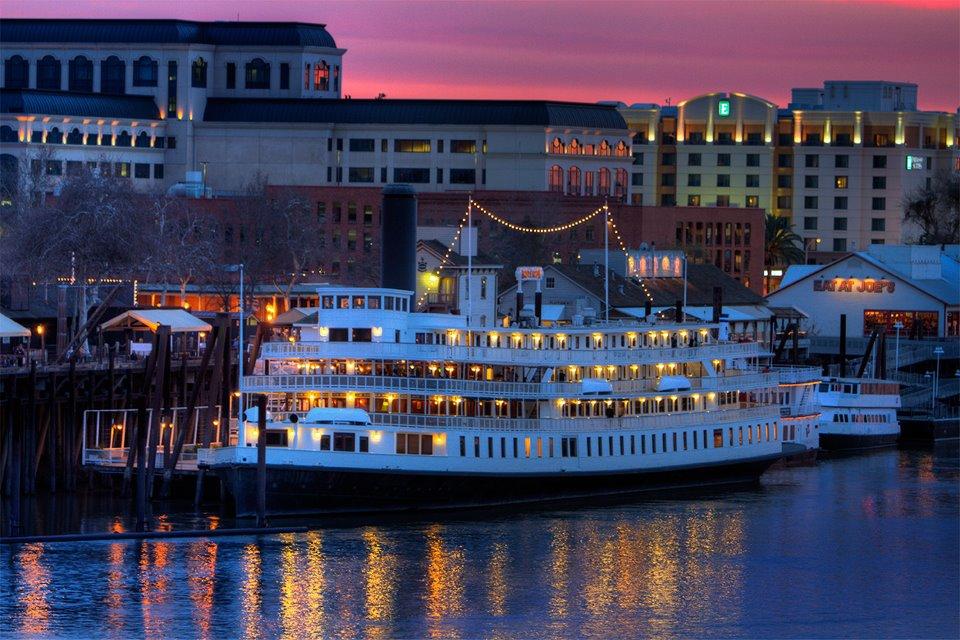 I moved to the Sacramento area when I was 15 years old. During my high school years we lived in Elk Grove, Loomis, and North Highlands. Fun fact-I attended 5 high schools! It kinda sucked, but now it’s a unique thing about me I can tell people haha. (For those from the Sac area who may be curious, I attended Pleasant Grove, Sheldon, Del Oro, North Highlands High School and before moving to California I had begun my freshman year in Arizona at Ray High School north of Tucson).

After graduating I lived in the Arden area of Sacramento until I was 21. My older brother was attended UC Berkeley and he came up to visit. He told my younger brother and I that we should join him in Berkeley, telling us how much better it was in the bay area. We decided to go for it, and he was right! I fell in love with the bay area (and the food there, check out this post about the best restaurants in San Francisco!). It’s also were I ran my first half marathon! (And only half marathon actually, but that’ll be changing soon).

Anyway, in 2018 Scott and I returned to Sac to live there for a few months. While there I became reacquainted with the Sacramento area. Living there in ’18 made me have a better view of Sacramento than I previously had. They also have some fantastic restaurants!

So we’ve actually eaten at Morton’s in basically every city we’ve lived in. It was the best steak in Sacramento though, so I’m including it on this list. Always a wonderful ambience at Morton’s, great seafood and Scott can attest to the amazing steak!

Delicous sushi and cooked items! The seating is very airy and spacious, which can be hard time find with sushi restaurants! The servers are also incredibly friendly and make it an all around pleasant experience. They have traditional sushi dishes, ramen, as well as skewers-similar to restaurant in Santa Monica called Robata Bar. The only down side would be the hard seats, but that’s not a huge deal.

Not quite as good as Sidecar, but these are delicious! And also have unique flavors. Scott loves the ones with lots of toppings, but I prefer the more classic options. They also have injections you can fill your donuts with! They have multiple locations, but go to the Roseville one. We went to another, and it was totally different and didn’t even have the same donuts. It shouldn’t even be going by the same name it was so different.

Went here for brunch and dinner, both times we sat outside which was nice. Side note- it has really weird bathroom. The area where you wash your hands has like a see through mirror so you can see into the mens. Has kind of that trendy hipster vide, but the food was definitely really good! And we came back a second time for the brunch, so ultimately their delicious food outweighed the weirdness of the bathroom haha.

We went to the Midtown location as well as the Roseville location and both were great. Large, airy restaurant with wonderful Mexican food! I don’t prefer Mexican food (even though I was raised in Arizona), so the fact that I’m including this one is really saying something!

A great burger and yummy milkshakes! It’s kind of a bar atmosphere, we sat outside and it really enjoyed it! I don’t like tons of toppings on my burger (all I care is about is having extra pickles), but if you do like toppings than you’ll for sure love this place!

If you’re looking for a quicker, cheaper option (but not as quick and cheap as McDonalds) than Susie Burger would be the place to go.

This was my favorite in the Sacramento area! The ambience is so beautiful and fancy, and the food was wonderful! We wanted to treat family to this restaurants but never had the opportunity. It was a great experience though and we were able to eat here twice and loved it! I tried the pasta as well as the salmon and both were delectable.

There are a variety of Brazilian chains that have ‘the full dining experience’ meaning, rather than order food off the menu, servers come around with various cuts of meat and you can choose which you want. Regardless of which chain you go to, it is a unique and fun experience. However, if you go to one with quality meat it makes the experience much better! This one had amazing cuts of beef, lamb, chicken and sausages! Plus the grilled pineapple which is always amazing! They also have a high end salad bar where you can get your veggies and side items.

Flame and Fire on Google Maps

Readers of my others food posts may know that my husband love Peruvian ceviche, so we always check out nearby Peruvian restaurants. This place had good food, and is a nice atmosphere with pretty spacious seating. They also have live music some nights though we were never there when they played. It can get rather busy. We try and eat dinner around 5 though so we are usually able beat the rush hour.

This one is cool because it’s on the ship Delta King! It’s now used to host various events (my sister had her wedding reception here back in 2009) and they also have the Pilot House-a classy restaurant with delicious high end choices! We went here for my birthday. We arrived before it got busy, and had a wonderful, quiet, private dinner!

I had poor opinion of Sac from my high school years and early adulthood. I’m really glad Scott and I went back there to live for a few months because it really did make me see that it wasn’t quite as bad as I thought. I like the Midtown area (a couple of the above are located in Midtown) and the surrounding cities are actually pretty nice! I had the peak of my marathon training while living there, so I found some great running routes in Sacramento. Turns out they have one of the best running/biking trails I’ve come across!

Have you ever been to the Sacramento area? Any favorite places to eat there?