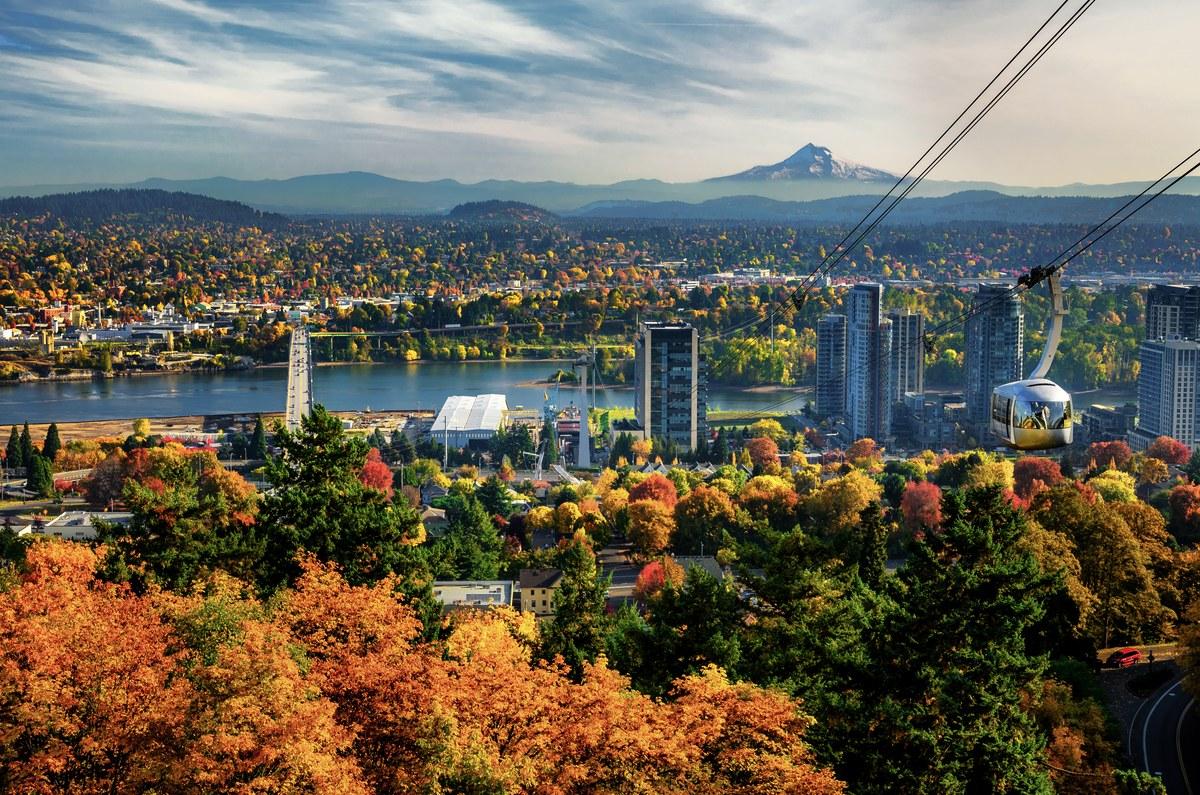 We lived in Portland for three months and I really enjoyed it. It’s beautiful, the people are nice, and it’s a great place for running (home to Shalane Flanagan, Gwen Jorgenson and other amazing runners) and despite the wet climate, I really began to enjoy running in the rain! There’s also some great places to grab a bite to eat!

This was my favorite for a healthy, nutritious, and inexpensive dinner! I would order one of their bowls (Harvest, Veggie and their Lebanese bowls were my favorite), and then order the chili to-go and have that later in the week. They also have burritos, quesadillas and other goodies. All made with quality ingredients! They have multiple locations around Portland so that makes it convenient. The location we went to most was on Mississippi which is a cool little area with lots of restaurant’s including a few that are on this list.

When we first saw the size of the burgers here we were hesitant, because they are ‘little’. But they ended up being perfect! So many places give portions that are way too big, so it was nice to go somewhere where you could eat the entire meal without feeling stuffed. Scott loved their fries so if you’re having those along with the burger then they are definitely enough. The beef is great quality, and they use local Tillamook cheese. If you like burgers (and who doesn’t like burgers??) you should check this place out. This one is actually in a few other states, so Oregon isn’t the only place to get it.

Pip’s are the best donuts in Portland! For some reason Voodoo is the most well-known, but these donuts are made fresh to order and you can tell they are just high quality (I know, I’ve used that term about every place haha, as you can tell a place with quality ingredients is key). They are mini donuts which I love because you can try multiple without getting full. This one is up on Freemont, a street I would run on. There were days I would run past and let me tell you, that whiff of fresh donuts made it hard to keep going.

If you can’t make it over to Pip’s and want a donut, go with Blue Star. It’s a chain so wherever you are there’s bound to be one nearby. They have some unique and tasty flavors you wouldn’t usually see in a donut shop (Orange Olive Oil, Blueberry Basil, Lavender and a CBD donut to name a few). These are also far better than Voodoo!

There are so many great bagel places in Portland! This one was close to where we lived so it’s the one I went to the most. The line can great pretty long, so going there mid-morning on the week days worked best. The bagels are perfection-crispy on the outside, soft in the middle. I bought six once to take home and after a day or two they definitely weren’t as good (because they don’t have preservatives) so I wouldn’t recommend that unless you’re going to eat them right away. There’s also Henry Higgins Boiled Bagels and Kenny & Zukes Bagelworks.

I didn’t eat the food here, but their lattes are delish! Their known for their hazelnut latte, which is sooo good. I try to not drink coffee, so I guess it’s good we don’t live near 26 Café anymore because it’s just too hard to resist. They also have a really friendly staff that took the time to get to know me and would ask about my running.

We went to a few different Japanese places, and this is the one that stands out. The only downside is the seating is a little cramped. That’s usually how sushi places are, but it’s always nice when we can find one that’s a bit more spacious. They have another restaurant downtown called Yama Sushi & Sake Bar which is more of a straight sushi restaurant. We never went to that one though, just this one which is in southeast Portland.

The food was great though and when we got the check we were pleasantly surprised by the price! They have a nice combination of classic sushi options as well as their own unique dishes-such as this cooked quail!

Two other sushi places we also liked were Masu Sushi which is a bit high end, but has a more traditional sushi menu. Samurai Blue Sushi and Ramen is another good one that is more casual. This one is also located on Mississippi alongside Laughing Planet, Little Big Burger, and Blue Star Donuts!

We ate here twice and both times it was amazing! When you first walk in, you’re in the bar area which can be loud. But then they seat you over in the dining area which has much quieter ambiance. If you come before they get too busy you get a table right by the window, with wonderful views of Portland!

Everything we tried from the menu was fantastic. We brought my brother here, he can be hard to please at times, yet when he bit into his mashed potatoes he said, “Wow”. If he thought the potatoes deserved a wow you can only imagine how good  the rest was! My favorite are the duck with steamed buns. I think this is in the appetizer or shared section, but I could have ordered it for as an entrée. My husband loved their steak and lamb selection. This is a MUST if you’re visiting Portland and want to try a place on the higher end (literally, because it’s on the 30th floor as you can see in the pictures below).

I loved the running routes in Portland, and we loved the food there!

Have you ever been to Portland? Have you been to any of these restaurants?