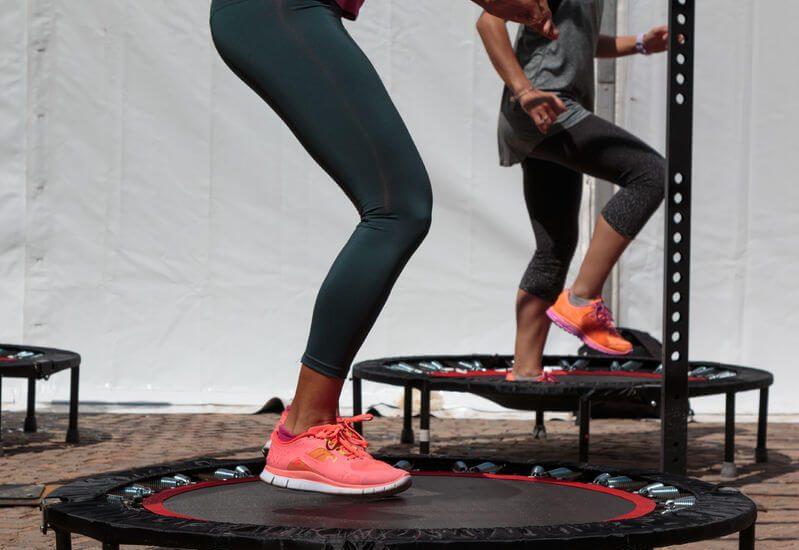 While running the Rock’n’Roll San Diego Marathon, I began experience pain in my ITB, which only got worse as I stubbornly continued on. It has now been over 50 days since the race. As far as my ITB-it’s still not all better.

Two weeks after the race, I tried to go out for a run. During those two weeks, each run was unsuccessful. Within a few minutes, I would feel pain and have to stop running. This day though, two week later, I was running and it wasn’t hurting! Don’t get me wrong, I still felt it, it wasn’t painful though. I took a few 30 second walking breaks just to be safe, but I ran three miles and it seemed to be going great! I got excited, plus I was feeling pressure-just a few weeks later I had a half marathon to run, plus in September I am signed up for a 50k! I wanted to get back into the routine to ensure I would be able to run said races.

The rest of that week I ran three miles successfully. Taking a few walking breaks during each run. I also kept up with foam rolling and muscle recovery throughout. That Saturday I went for a 6 mile run. Once again, it was successful! I was feeling so grateful to be back in the game!

The following Monday I ran 3.8 miles, which also went well. Following day 3 miles, following day I did an hour on the elliptical. Then the next day I went for 6 miles again. The first three miles were going good. At the halfway point I took a walking break as a precautionary measure. Then when I started up again, I felt a pain in the side of my knee (ITB) so bad I had to stop running. Confused, I walked for a bit, then started back up again. And there it was again! That pain! I went ahead and turned off my watch and walked the rest of the way home.

The following week I only ran twice, both times lackluster. I was getting so tired of the disappointment, and I figured I needed to give it a break, so I didn’t run for almost two weeks. I am now running just 10 minutes at a time and so far so good.

I also went to see a chiropractor in Salt Lake City (not just The Joint) and that’s helped a lot. They have all sorts of tools to help me get the right muscles activated again and get my hips aligned. Even though I have been foam rolling and using the roll recovery, I admit I have been neglecting the glutes. With the IT Band, you may think that rolling and massaging the thigh would be the key area. However, it’s actually your butt that need it the most. With almost all running injures, it comes down to the hips and glutes. Your knees are just the ones who take the hit.

The chiropractor has been using a high tech version of a Theragun/Hypervolt and it has helped so much. Back in San Diego out apartment has a hot tub, so I would get close to the jets and use that to massage the arches of my feet (to help with the pain from accessory navicular syndrome) as well as my legs and glutes. It’s been over a month though since doing that! So having the chiropractor use those massagers has helped.

I still continue to do this yoga, as well as banded walks. I haven’t strength trained as much as I probably should. I’ve lost some steam as far as workouts go. I did just buy a rebounder (aka a mini trampoline) though. I heard that those help with injury prevention, and I’ve enjoyed putting it to use. So far I’ve just done basic moves on it such as jumping jacks, high knees, running in place, butt-kickers and jump squats.

I have the Urban Rebounder and it’s great to use in place of running, it gets my heart rate up to 150 and it’s working out the legs without the impact of running on hard ground. It has so many benefits though, I highly recommend one. It was actually recommended to me by a physical therapist, and I’m so glad I followed his advice! (Check out this other post f you want to find the best rebounders!) Some of its health benefits are:

Works out your core

So often we work out our cores by doing workouts on the mat. It’s great to mix it up and also engage your core with movements where you are standing. While on the rebounder, because it involves balance, it’s a great way to work the core! Having a strong core helps you hips stay aligned and prevents injury!

Gets rid of lactic acid build up post run

Lactic acid build occurs during intense exercise, such as running, and can lead to sore muscles. Going on the rebounder after a run helps get rid of the lactic acid, which helps you recover faster and have fresh legs for the next days run!

Even just a few minutes on the rebounder helps get the lymphatic system going. “Lymph nodes are small structures that work as filters for harmful substances. They contain immune cells that can help fight infection by attacking and destroying germs that are carried in through the lymph fluid.”(source) When the process is moving efficiently it helps with a huge variety of things including, pain relief, digestive problems, hormonal imbalances, skin conditions (such as acne and rosacea), cellulite, allergies, headaches

As I said above, pretty much all running injuries are due to weak glutes and/or misaligned hips. This is a great way to workout your booty! Everyone these days seems to care about having a nice butt, however runners aren’t as focused on the apperance as they are on the injury prevention aspect!

Running is a high impact sport, even if you are on a treadmill, trails or a soft track, your still pounding on the earth with each step. This can take a toll if you aren’t careful. If you are injured, you should avoid high impact workouts. Which is way cycling and biking are such popular alternatives for those that are injured. Rebounding is another great option! “Every time you take a step, the trampoline gives and takes in some of the force instead of transferring all of it to your joints. According to Dr. Gabe Mirkin, MD, the force is 1/6 what you would experience from stepping on pavement.” (source)

The unstable surface of the trampoline helps to engage your core and your joints as you focus on staying stable. Similar to how running on sand helps strengthen your feet, the rebounder strengthens muscles you aren’t usually engaging.

The low impact, the balancing and the moments when you are in the air, all help strengthen your hips and help them become more flexible!

The rebounder is a great way to workout and maintain your weight during times you are unable to run. You can even run in place while on it safely (depending on what your injury is) to help keep your body in running shape!

Check out my other post about how to stay in shape while injured! I also have a post about my first running injury where I had ‘runners knee‘.

A rebounder makes a great gift for anyone you may know that is into fitness! Here are some other items that make great gifts for runners!

Any other runners out there dealing with an injury, or just coming back to running after being sidelined?