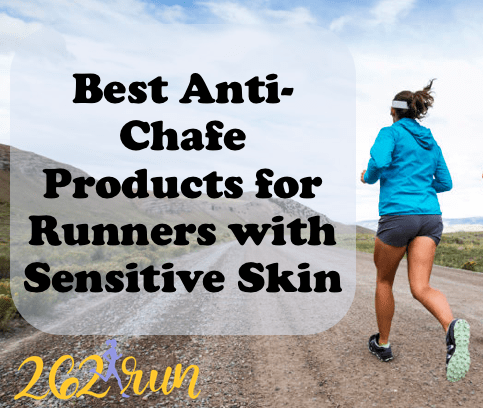 Unfortunately, all long distance runners have had to deal with chafing. The more you run, you learn where your specific hot spots are, some of which can be resolved by changing what you wear. However, if your running 26 miles, you’re bound to end up with some chafing somewhere.

I have had eczema all my life. It can happen when I’m washing my hands often and not moisturizing them enough. Or if I wash dishes without rubber gloves. When I started running, I would get an irritated area from chafing, and then it would turn into an eczema rash. Not sure why that happens, but it became a big problem the end of last year.

You chafe even more when running in humid areas, so you especially want to make sure you have a reliable anti-chafe product.

I’ve tried body glide-which is popular enough that most runners just call any anti-chafe ‘body glide’. Like how we call all tissues ‘Kleenex’ regardless of brand. I actually didn’t like body glide as much. It seemed too rough or something when I would roll it on.

Then I tried a similar type by the brand 2Toms. This one worked better and I stuck with it for a while. Then I moved to an area that was more humid and that’s when areas that were chafed then turned into a rash.

I searched around and came across Blue Steel Anti-Chafe Cream with tea tree oil. It’s in a tube, I don’t love having to get it on my hands but it’s not a huge deal. It works wonders though! I had a chafed area that just kept getting irritated, I started putting this one before every run and it went away! I also use tea tree oil body wash, so that plus the Blue Steel has helped a ton.

I also started using Gold Bond Friction Defense. So, I put the Blue Steel on, then roll on the Gold Bond. Might be over-kill, but better too much than too little right? My most recent race I only chafed a bit on my upper inner arm, not bad though. For races I keep aquaphor in my Flipbelt, I could have put some on my arm when I felt it starting, but when your over three hours deep into a race you don’t feel like doing anything extra. Regardless, I will continue to carry it (during training as well) just in case.

What are your go-to anti-chafe products?